June is Pride Month, a good time to learn about and support the LGBTQ+ runners in your community. Let's celebrate Pride together.

Runners come in all sizes, speeds, stripes, and identities, and while we've come a long way in diversity and inclusion, there are still ways to improve. With Pride Month upon us, now is a good time to learn, grow, and celebrate pride.

Forming a welcoming space in the sport

Before we can look forward, however, it's important to reflect back. Running, like many sports, has for decades been the domain of straight, white men. They held the majority on race start lines, in advertisements, and in running clubs. But in the 1970s, that picture began to change as the first Front Runners running club came together in San Francisco. An LGBTQ+ club, the members met to run, socialize, and simply have a welcoming place in the sport.

Following closely on that club's heels was the New York City chapter. Gilbert Gaona is the current president of the Front Runners of New York. "Being gay in general wasn't easy in that era," he says. "If you were out as a runner, you were an outcast."

Gaona says that races often weren't welcoming environments to the LGBTQ+ community, even as late as the 1990s. "I've heard stories of people subtly throwing elbows in races, or working really hard to make sure the 'gay guy' didn't beat them," he says.

But slowly, as society has edged toward more inclusiveness, so too has the running community. "Visibility has helped," says Gaona. "There are now elite runners who identify as LGBTQ+, and this gives kids someone to look up to."

Today, there are more than 100 Front Runners clubs around the world, with about half of them in the United States. The New York City chapter has over 900 members, and like many other chapters, sponsors an annual Pride Run, typically a 5K that celebrates pride in a festive, welcoming environment.

Brooks Running recognizes the value that Front Runners clubs bring to the table and, for that reason, has partnered with International Front Runners to promote diversity and inclusion in the sport in cities worldwide. Examples of this collaboration have included hosting membership drives and community fun runs, organizing local events, and more.

Brooks continues to donate to the International Front Runners, who oversee and distribute funds and gear to local chapters. We also have a relationship with the local Seattle chapter and have invited them to walk alongside us at the Seattle Pride parade.

Show your allyship with LGBTQ+ runners

With June serving as a natural time to celebrate pride, you might wonder how you can be a better ally to the LGBTQ+ community. Lining up at a Pride Run is one way to start, as is wearing gear and clothing that speaks to your support and allyship.

"Being accepting is huge," says Gaona. "That might look like posting on social media about Pride Month, or listing your pronouns in your email signature."

If you belong to a running club and have a website, newsletter, or social channels, make a point of highlighting LGBTQ+ members, during Pride Month as well as throughout the year. "We do member spotlights in our club, and I like to be as diverse as possible with the runners I feature," says Gaona. "If you've got a website, add a rainbow flag that shows you're a welcoming environment."

Also, take some time to learn about LGBTQ+ runners. "There are some amazing, high-profile athletes you can read up on and follow," Gaona suggests. "Be open-minded, especially with kids."

If you're traveling, look up a Front Runners club and join one of their runs. Better yet, find one in your own backyard. "We're a very inclusive club and have about 10 to 15 straight members, even," says Gaona. "We have a fun atmosphere and welcome every type of runner, from social on up to very competitive."

The Front Runners have become mainstays at local races wherever they exist, and Gaona says that the New York chapter has great relationships with other clubs around the city. "We're in the top 10 of the most competitive clubs in the city, out of about 200," he says. "People know that and respect us. We often combine events with other clubs."

Make a difference, year-round, in your community

While the running community has made great strides toward including the LGBTQ+ community, there are still gaps to close to keep progress going, such as creating non-binary racing divisions. Gaona also advocates for allowing trans athletes to choose the division in which they identify regardless of the event. Supporting these and other efforts by using your voice is a great way to serve as an ally.

Celebrating pride doesn't have to end with running, nor does it have to end in July. It can be a year-round effort in your local community. But if running is where you choose to celebrate pride, there are a growing number of options to go about it. At the end of the day, says Gaona, sport should be a place of acceptance and camaraderie.

"We all do sport because we love it," he points out. "When you feel welcome and have the chance to share sport with like-minded people, it's that much more fun." 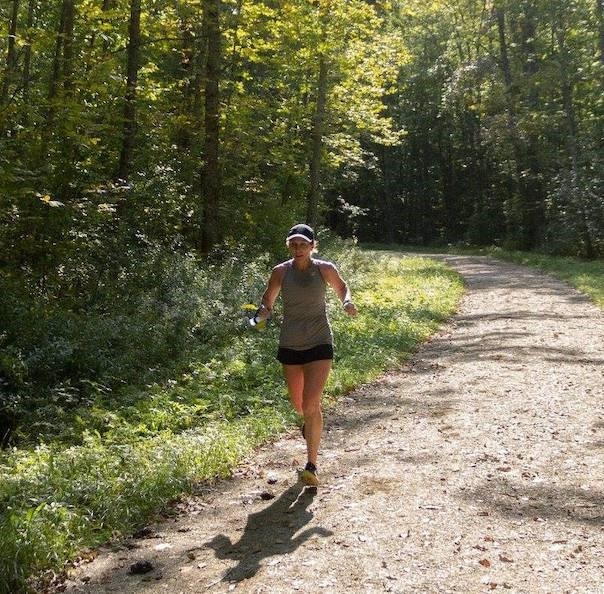