Five women share wisdom, tips, and stories to help new moms get back in stride.

How do you get back into the running game after 40-plus weeks of pregnancy, countless mental and physical changes, and juggling work and parenting demands? There’s no single answer, but we reached out to some new moms who are also runners to ask about their motherhood journeys, new routines, and how running remains an integral part of their lives.

Scroll the down page to read each running mom's story, or jump to the section of your choice via the links below:

After a difficult fertility journey, Olu Fagbemiro runs to heal

You wouldn’t know it from her big smile and exuberant personality, but Olu Fagbemiro gets race anxiety. To help fight her apprehension, Olu wears fun, loud outfits and wears makeup during her races. And despite her race-day anxiety, the Nigerian-born mom of two uses running as a healing mechanism.

“I am an IVF (in vitro fertilization) mom. I started running after my daughter was born. I had run sparingly in the past but I began running consistently in 2017 and it helped me heal psychologically from my fertility journey — I had uterine fibroids, blocked Fallopian tubes, and miscarried a twin pregnancy,” Olu said.

In 2019, Olu began training for the New York City Marathon, and found out she was naturally pregnant with her son. Her doctors were concerned that she had an ectopic pregnancy, but once they confirmed that all was healthy, they gave her the green light to continue training.

“I would be lying if I said I was not nervous about training for the NYC Marathon, but my husband encouraged me to continue, so I did and they were at the finish waiting for me. I am so glad I didn’t drop out. I was 13 weeks pregnant on race day.”

Part of the healing process for Olu has been to give back to the fertility community. To help other families who were having fertility challenges, she started a charity called Aneden Gives in 2018. Since its inception, the organization has given over $100,000 in fertility grants and is set to launch new grants later this year. “My foundation is like my third child. If I’m not running, working, or sleeping, I’m doing something related to giving.”

"When I’m in races, I run with Almond Joy chocolate bars. I have one every five miles.”

Vivian Monroy was ready to quit track and field when she was in college, but an assistant coach told her she’d regret not running her last race. Turns out that race was one of her most memorable running moments.

“It was the 10k. I ran it and did well — I got third. It was a podium finish and if not for that race I wouldn’t have continued my running journey,” she said.

That pivotal race helped define Vivian’s life after her college career. She met her husband through the sport and eventually became a high school coach, which she hopes will make her a better mom.

“I think coaching is going to help. I’ve learned some big lessons from when I first started to coach. It’s important to make sure the athlete is comfortable in what they want to do. I see parents pressuring their kids sometimes, and that’s a hard thing. You want your kids to love what they do and do what they love. I’m excited to be a mom and show my son the love of running. Running is what brought my husband and I together and is something special to us.”

“I haven’t really had any cravings as a running pregnant mom, but I can really only keep down Cuties [tangerines] and carrots. My husband and I joke that our baby is going to be orange.”

For Amber McCulloch, motherhood and age aren’t limiting factors for the run

Before her first pregnancy, Amber McCulloch was a competitive runner and trained for the 800 and 1500 on the track, plus the 5k on the road. But the former collegiate runner’s lifetime PRs in most distances didn’t come until after she became a mom.

“It took me a long time to go back to the track, because I was sure I had lost all my speed. That wasn’t the case. I realized it was a false construct I had created in my head. You can run after pregnancy and be just as fast. Now I have to be more intentional about balancing my time, but I consistently make time for running. It is an important part of my identity and self-care,” she said.

“I think it’s important to role model. I can still outrun all of my kids, but someday they’ll catch me — and I’m really excited for that, too.”

One of Amber’s most memorable running moments came four years ago at an all-comers track meet hosted by Club Northwest, a Seattle-based track and field club where she is a member. It was the first time she and one of her kids competed at the same meet.

“She was 10 at the time, and she ran the mile and I was so impressed. We had our orange jerseys, we were matching head to toe, and she was so excited to be matching with mom. I don’t think she’d feel the same way now, but it was a great memory.”

“I ran through my last two pregnancies. I ran right up until the day I delivered for both.”

Consistency was queen for Anel Hernandez before pregnancy — if she wasn’t training for a race, she was running to stay fit on the road or trail five or six days a week.

“I thought I was going to be a fit pregnant woman, always running and active. But my doctors told me I couldn’t really exercise, just light walking. That was tough. Getting pregnant after many years of trying kept me focused. I had to stay positive and stay healthy to have a healthy baby. I knew that the time would come after giving birth for me to get back at it,” she said.

Anel began walking and jogging again when her daughter was six months old. Now that she’s a mom, running is different. She’s found that being a mom has changed running for her dramatically — the sport used to be her passion, but now her daughter is her biggest priority.

“I want to spend as much time as I can with her. If I can’t run alone, I don’t get upset or bothered. I know I can take her with me. I know she enjoys it as much as I do, and that’s what matters. Also, running with a stroller has made me a stronger runner. I have begun to reach goals that I accomplished before pregnancy. I can’t wait to see what’s next.”

“I’ve lost track of how many races I’ve done at this point — over 30 [half-marathons], 17 or so [full marathons], six or seven 50ks. I haven’t run a race since giving birth, but I’ve been unofficially training as a pacer for the L.A. Marathon.”

Inspired by life and loss, Ladia Albertson-Junkans continues to pursue her running dreams

Ladia Albertson-Junkans and former Brooks pro runner Gabe Grunewald were best friends and teammates at the University of Minnesota. Gabe passed away in 2019 after living with a rare cancer for 10 years, but she remains Ladia’s biggest inspiration and role model in life and in running.

“I think about her in everything I do, so much so that I named my son after her, and also because I think she'd get such a kick out of it. We had envisioned trying to get pregnant at the same time and forcing our kids to be besties just like us. The potential impact of cancer treatments on her fertility weighed heavily on her but she never stopped hoping she might still be a mom someday. In fact, the last time we ran together before she died, we spent about half of the 12 miles talking about different fertility preservation options she could potentially pursue. Knowing how much she wanted to be a mom gives me even more reason to savor every moment with my son — especially the hard moments, the boring moments, the overwhelming moments. Gabe showed me how to adjust to life's challenges with grace, humility, and humor. I try my best every day to live out those lessons,” Ladia said.

“It might sound silly to set such a big goal when you can barely run a few minutes without walking, but I found that it helped the most difficult steps feel more purposeful. It could also seem like I'm running the risk of doing too much too soon by setting such an audacious goal, but I actually think it helped me value consistency and longevity because it’s a multi-year pursuit. I can't forecast how I'll feel in the future, but I can say with certainty that, for now, it has never crossed my mind that I would stop running or stop having goals now that I have a child.” 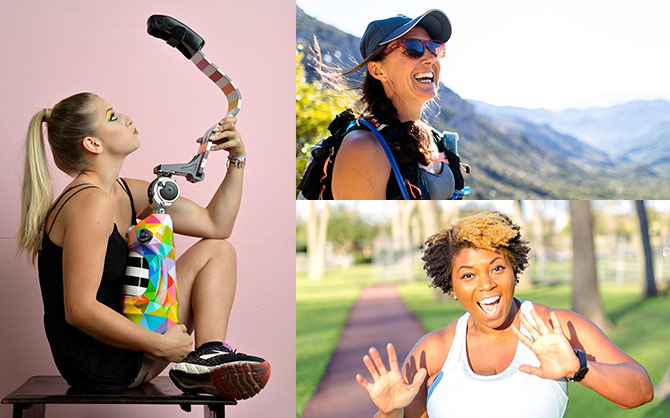 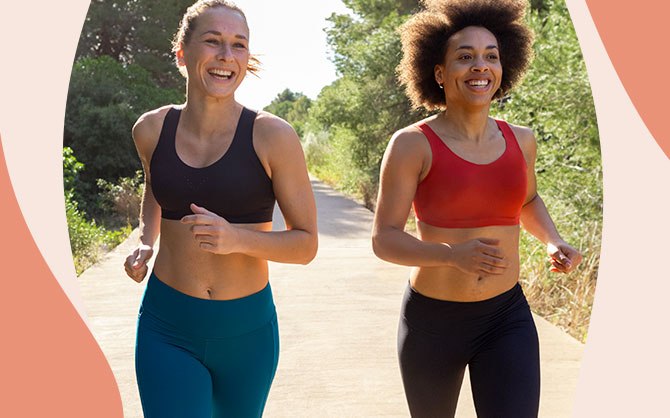 Behind the seams: From sports bra to run bra 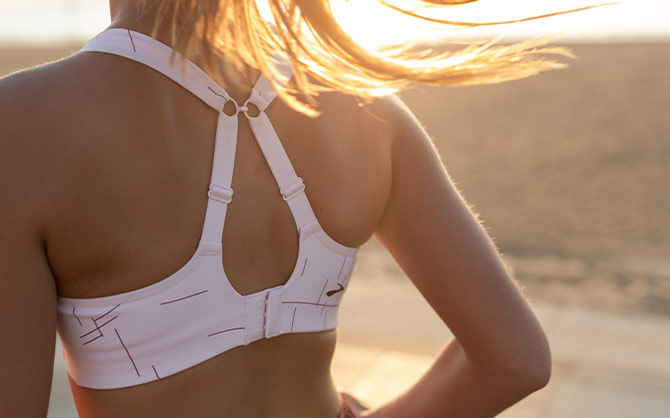 How your running bra should fit — and everything else you want to know.