What's the best time of day to run? Find what works best for you

We all have that one friend who tries to beat the sun on an early morning 8-kilometre run. This person only seems to be slightly annoyed by the idea of getting up at 4 a.m., and chances are, they may be unusually happy, despite it being so early. Maybe you're that friend, or maybe you're the person who struggles to find a buddy for some evening kilometres since many have already completed their training for the day.

So when is the best time of day to run? When comparing your progress and performance to others, you may occasionally find yourself wondering if when you run is a factor.

There are benefits to running at various times of the day. However, ultimately, knowing the best time of day to run really depends on what works best for your lifestyle.

Running first thing has its merits, and a major one is convenience. During the hotter months, the morning may be the coolest time of day. For a parent, early mornings may also be the most peaceful — the only time your thoughts are quiet and nobody needs anything from you. You're also less likely to get thrown off your schedule, as something always seems to get in the way when you're trying to run later in the day. So if morning runs work best for you, go for it. Also, those who run before they're awake enough to realize what they're doing may start their days off feeling more upbeat and motivated. This could have to do with the endorphins released from exercise or even the increase in serotonin. However, if you spend the night before an early run tossing and turning, giving yourself more time to sleep may work better for your mood and focus.

Be mindful of properly warming up, so you don't risk injury by taking off too quickly (especially when it's cold).

What could be better than sleeping in? Perhaps unwinding after an evening run on a stressful day. Running catharsis is real, and as long as you're not too exhausted to do so, running in the evening may be ideal. In the fall and winter, when the sun goes down early, make sure your route is safe and bright enough to avoid injury. Or you could even move your workout inside on the treadmill. However, in the summer, running between 6 p.m. and up to 9 p.m. can be cool and bright enough for you to hit the road.

If your evenings tend to be chaotic, then it might not be the ideal time for you. Another potential drawback is that you may end up unable to sleep for a couple of hours. In that case, consider not using caffeinated drinks or fuel that might have you stuck awake later than intended. Also, try to keep your run at least three hours away from bedtime, and stick to a wind-down routine — a hot shower and limited blue light, for example — so you don't add any stimuli that could potentially cause insomnia.

Determining the best time of day to run is ultimately up to you, your lifestyle, and whether or not you need an extra few ZZZs in the morning. 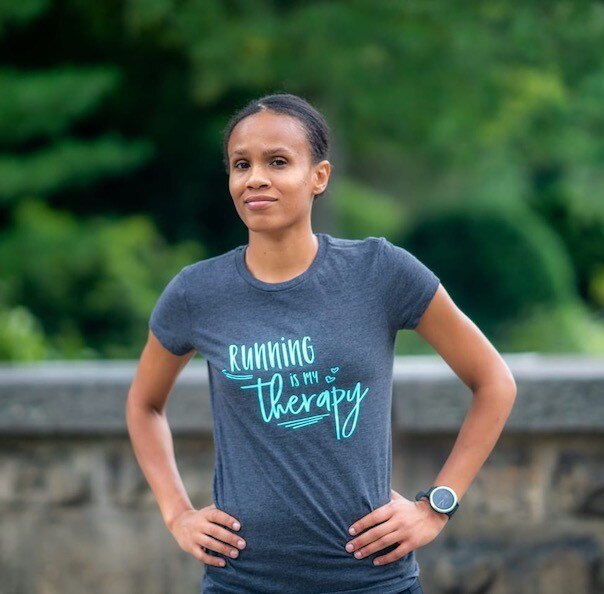 I’m a journalist, fit chick, and avid traveler, and I often combine the three. If I’m not training for a marathon, I’m probably hiking with my dogs or riding a horse (English style). I hail from Southern NJ, which means I’m an Eagles fan, not a Giants fan.