Global Running Day 2022: Join us in pursuit of a more inclusive world.

June 1 marks Global Running Day, a day that serves to inspire individuals around the globe to stay active and healthy by making running a part of their lives. In recent years, however, this day has taken on additional meaning as an opportunity to examine the landscape of the sport and boost diversity and representation in an effort to make running truly inclusive.

Since the inaugural event in 2016, Global Running Day has served as a day to highlight the positive impact running can make on our lives, especially when combined with the power of community. While the day has traditionally been marked with large social group runs put on by brands or local establishments, the COVID-19 pandemic threw a wrench in these plans over the last couple of years when many scheduled gatherings were forced to go virtual.

An undeniable silver lining to the pandemic has been that many new people decided to take up running during a time when indoor workouts in public spaces were considered to be less safe. When people found themselves working from home with eliminated commutes and more time to devote to exercise, many took to their neighbourhood streets, parks, and trails and slowly began running, often with the added fun aspect of virtual racing.

Running helped a lot of people, newbies and veterans alike, turn to physical activity as a solution to get outside and release some anxiety when they felt cooped up, all the while doing something for their physical health and mental well-being.

We don't all run on equal ground.

In 2020, at the height of the pandemic, the running community at large also experienced somewhat of a reckoning with regard to social justice and racial inequality as it pertains to the sport. The tragic murder of Ahmaud Arbery, the Georgia man gunned down while out for a run in February of that year, showed that it's not enough to simply say "Running is for everyone." The community needs to acknowledge the real barriers and concerns minorities and people of colour face when they lace up to participate in an activity where they don't necessarily look like those in the majority.

While 2020 gave way to individuals to come forward and share their experiences of feeling excluded or profiled while doing this activity they love, it's important to acknowledge these injustices weren't a new phenomenon that showed up in the last couple of years. It was just the first time many people felt they had permission to talk about their experiences. And on Global Running Day 2022, it's equally important to keep the conversation going, even if it's seemed like it's died down with regard to media coverage.

Brooks Running has been active on this front, taking the opportunity to examine the company as a whole and how it's working toward the path of everyone running on equal ground. In addition to being an active partner of the newly formed Running Industry Diversity Coalition, Brooks Running pledged a commitment to achieving better representation among its employees, in addition to actively fighting systemic racism in the running industry and community.

8 ways to make running more accessible and enjoyable to all

While conversations surrounding diversity, equity, and inclusion should be ongoing, Global Running Day 2022 serves as an opportunity for many people to do their part to raise awareness. While efforts shouldn't be limited to this one day, the holiday can serve as a kickoff point for a long-term commitment to make running more accessible and welcoming to people of all backgrounds.

Here are eight things you can do to promote inclusivity within the sport.

1. Introduce someone to the joys of running.

Just about every runner has that friend or family member who is in awe of your accomplishments and abilities, often saying they "could never run." This can be especially true if that person doesn't see themselves in a sport that traditionally hasn't been representative of minorities or those with different body types.

But we all start from somewhere, and being the person to help your friend or family member ease into the sport could be the game-changer that makes them see they can do it in the long term, too. Go on that first run-walk with them and emphasize that starting small, slow, and steady is key for avoiding injury and building endurance.

2. Join forces with other clubs in your area.

A common occurrence amid conversations about diversity and inclusion within communities has been that many leaders want to do a better job at being welcoming and inclusive but don't quite know where to start. If you live in or nearby a major city, chances are there are existing chapters of groups such as Black Girls Run, Latinos Run, and Front Runners right in your region you can reach out to.

Having two clubs join forces can help make people feel less intimidated and worried about potentially showing up to an event as "the only one." So take that first step of introducing yourself to club leaders and get started on creating a joint-effort social run for Global Running Day 2022, and perhaps make it a regular occurrence for the rest of the year and beyond.

3. Have your club put out a diversity statement.

This is another lesser-known but easy task that can make a world of difference when it comes to minority runners seeking out your community. 2020 showed that for many runners, posting a black tile square on social media and then staying silent on such issues beyond Blackout Tuesday was the worst move community leaders and brands could make if they supposedly care about fostering change.

Your message can be as simple as saying you welcome and invite all members of minority backgrounds to join your club and that your club does not stand for discrimination or intolerance of any kind, and include information as to how to get in touch. Feel free to have existing club members contribute feedback before releasing your statement, especially if you already have some members who are minorities.

4. Hold an event in a minority neighbourhood.

A big way running clubs have missed the mark in the last couple of years is by inviting minority-led running groups to their runs and events in a central part of town that, while they might be known as the home base for the majority, can be largely inaccessible for people who live in other parts of town and have work and family commitments to tend to in the meantime.

Holding your Global Running Day social run or another event outside of your usual location can show you're truly committed to promoting change. Literally meeting people where they're at is a great way to actively foster inclusivity and send the message that you do care about diversifying your city's running community.

5. Elevate diverse voices within your community.

Are there opportunities for leadership positions within running organizations in your community? Do area clubs spotlight members' running and racing accomplishments on social media? Take these opportunities to encourage minority runners within your community to pursue open positions and to highlight runners the community at large may not be familiar with, especially if the same people tend to be repeatedly featured.

6. Volunteer in an underserved community.

It might not be feasible to create a Global Running Day for young kids on a weekday, but perhaps you could arrange something during school hours, such as an introduction to running during a school's physical education periods. If you plan well in advance, you may be able to collect running shoe and sports bra donations, as having the right gear is another barrier to access for many potentially interested youth runners. You may also be able to form a relationship with a school and coach an ongoing after-school running group if you have the bandwidth.

7. Support a cause you're passionate about.

If you have a cause that's near and dear to your heart, whether it's related to civil rights, gender equality, healthcare accessibility, or something else, Global Running Day can serve as an opportunity to share why it matters to you in an effort to raise funds for a particular organization. You can hold an in-person or virtual fundraiser that day, or you can commit to a future race, such as a fall marathon, in which you'll also raise money for that particular nonprofit.

Make your impact on Global Running Day and year-round.

While Global Running Day 2022 is just one day, there is so much you can do year-round to promote change within the sport of running to make it more inclusive. Global Running Day can serve as a jumping-off point for a long-term commitment to creating a diverse future in the world of running. How will you make your mark? 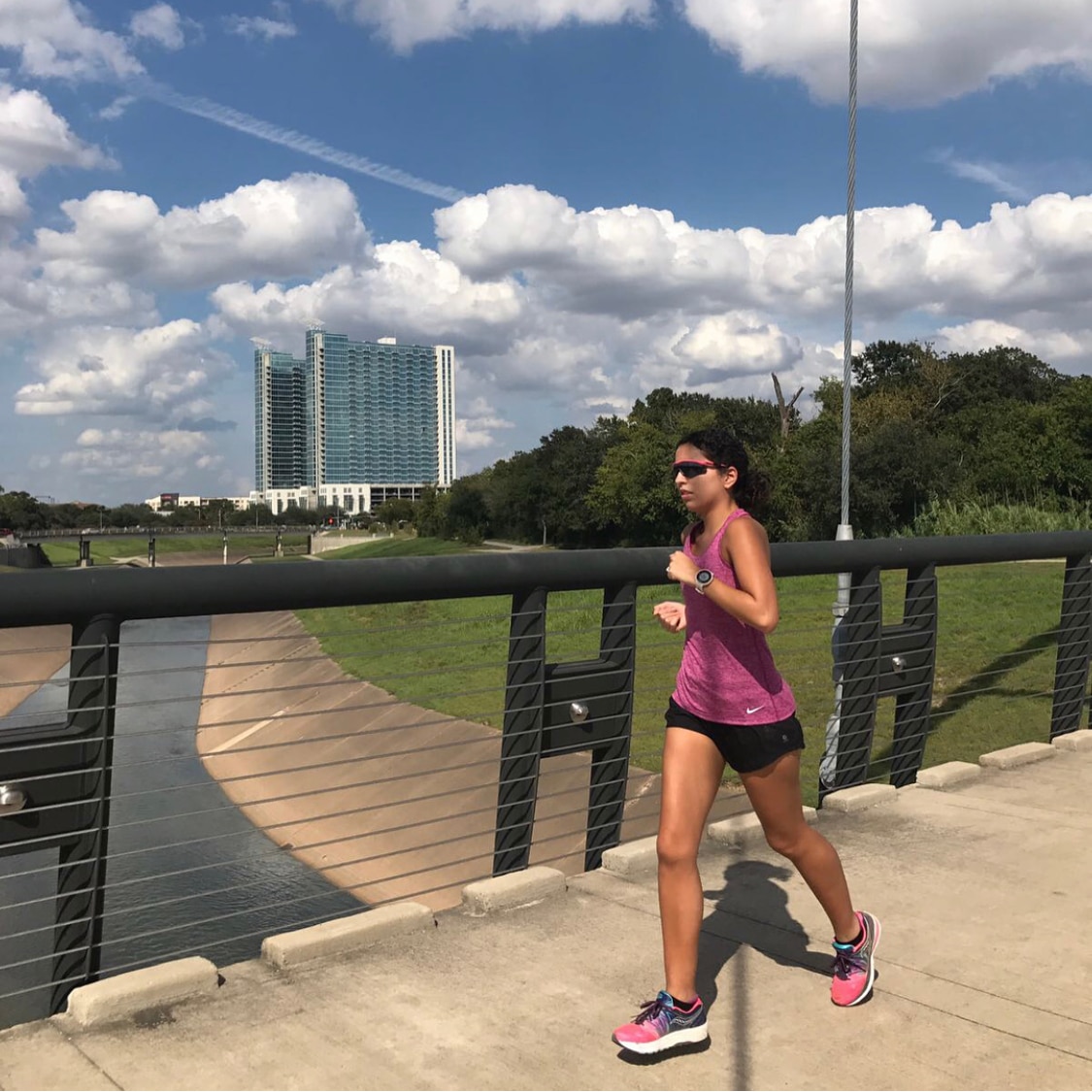